HomeBlogUncategorizedSwimming with whale sharks in Península de Yucatan
Posted 30 May, 2012

Whale sharks are back in Mexico – swim with them and learn more about the sea giant.

Year after year thousands of whale sharks migrate to the warm waters of the Yucatan Peninsula, Mexico, offering us an incredible show. From the middle of May to September the areas of Isla Mujeres and Isla Holbox are two of the favorite places of these giants of the sea. 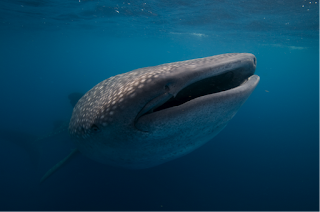 Despite the size, the diet of the whale shark is based on plankton, small shrimp and fish. Despite having thousands of teeth whale sharks are filter feeders who can not bite or chew. They can reduce their mouth to 4 feet wide and suck a large volume of water and plankton. The water is extracted through its spongy tissue supported by the cartilaginous bars between the shark’s gills. The plankton, trapped in the gills is then digested. Whale sharks spend an average of 7.5 hours a day feeding on the surface. They can filter thousands of liters of water in an hour while feeding.

It is widely believed that reproduction of the whale shark and birth is similar to the same process as in fish. In the 90’s a team of scientists found a whale shark that had been killed by a fisherman off the east coast of Taiwan. There were about 300 embryos is this whale shark that was pregnant. Because of this discovery we know that a female whale shark keeps its eggs inside her body until babies are ready to be born. Whale sharks have never been seen giving birth. It is known that less than 10% of whale sharks survive or reach adulthood.

Sexual maturity does not occur until they reach 30 ft or 9 meters in length. Est means that the age of reproduction is about 30 years. This means that a whale shark can live above 100 or 150 years! 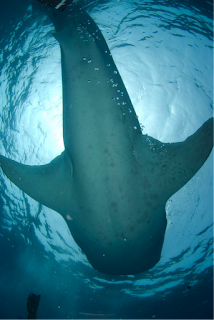 We invite you to live this experience of life in the Mexican Caribbean. Come and snorkel with these beautiful creatures, which bless us with your visit every year.