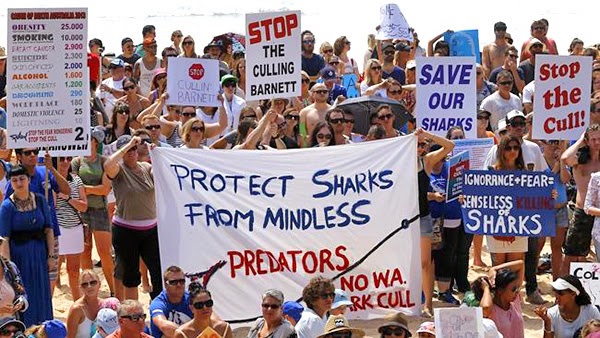 Following the death of a shark attack surfer in November 2013, the government of Western Australia has created and authorized a plan to prevent such accidents and make local beaches safer for summer vacationers.

The plan consists of reducing the population of white shark, sarda and tiger by capturing and killing those that measure more than 3 meters and enter two delimited areas near the beach of Perth.

This measure has outraged thousands of people who have spoken out against the authorities, because despite the lack of scientific evidence that killing sharks will reduce the risk of attacks on bathers, a professional fisherman licensed to fish has been given the green light. carry out the plan that will last until April 30 of this year.

How can you help avoid the killing of sharks?

Go to https://www.marineconservation.org.au to sign the petition against this plan, make a donation to fund the pressure exerted on the Australian government or join the mailing list to receive updates about this campaign.

The most lethal weapon is indifference, participate!