Living with the Bull Shark in the Mexican Caribbean

HomeBlogUncategorizedLiving with the Bull Shark in the Mexican...
Posted 26 September, 2014

Living with the Bull Shark in the Mexican Caribbean

In Playa del Carmen, Quintana Roo, there is the possibility of observing the Bull Shark through diving and having an approach with this shark, which swims in shallow waters and very close to people.

It was in 1975, when the movie “Tiburón”, directed by Steven Spielberg, premiered in Hollywood, whose success brought as a result a great variety of myths that revolve around the species that inspired this film: the Toro shark.

Its size is medium, with thick and robust body (its name is due to these characteristics), it also has long pectoral fins; Although it has been classified by the experts as an aggressive species, the risk of being attacked by one of them is very low. That is why in our country in the area of ​​Playa del Carmen, Quintana Roo, there is the possibility of observing you through diving, thanks to expert guides.

Although it is not known why these sharks reach the waters of the Caribbean Sea, the Toro shark appears from December to March, a season that can vary depending on the current, the climate and its diet, since they pursue different groups Of fishes.

All the specimens are females and most of them arrive pregnant, according to Jorge Loria, one of the pioneers in this activity that has been held for 17 years in Playa del Carmen, and which has become an opportunity to see up close its behavior in its natural environment.

To practice this extreme activity, tourists must have a diver certificate and, at least, thirty descents.

Also, you must comply with a dress code in order not to attract your attention. It consists of wearing a black full neoprene suit and not wearing any shiny object, such as jewelry or bracelets.
Most are afraid before diving, he says, but in reality, in addition to knowing how to control breathing, compensation techniques and not having problems with air consumption (asthmatic), no other security measure is needed, more than the desire to know the behavior of this animal passive.

At the bottom of the sea, in a descent of 22 to 24 meters, visitors are placed in a row with their stomachs stuck to the sand and close together so as not to block the visibility of others.
The intention is that they can observe how one of the two guides distributes some pieces of bait to make the sharks come to eat, all about five meters from the group.

They are approximately 25 minutes of activity, during which the Bull can be seen up to centimeters away. Under the water, this impressive shark, which can measure up to three meters, is admired white and imposing. 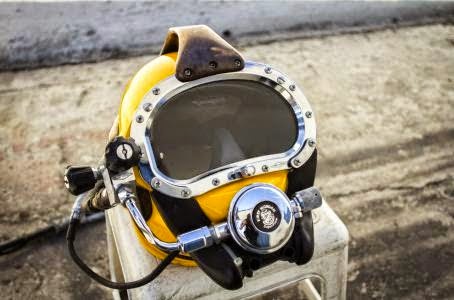 Most of those who do the activity for the first time end with a sense of peace, very contrary to the beginning, says Jorge. In addition, it has become an incentive to reflect on shark conservation and join the causes of support for its safeguard, given that 90 percent of this species in the world has disappeared.

Currently, Playa del Carmen is specializing as one of the best places to dive with sharks (in the Bahamas, which is in the first place, the activity generates an economic income of 80 million dollars).

Jorge adds that the amount of bait that is provided is very small, so they are not altering their feeding practices.
To learn more about the species, the Saving Our Sharks program has been created, with which Jorge and his team work through field support such as the placement of underwater receptors, biopsies (analyzed by UNAM), placing marks for them. Know your movement patterns, satellite and awareness actions.

Before diving, it is recommended to read more about these animals. Since all of them are pregnant females here, the objective is to determine where they have their young to protect them.

The Toro shark swims in shallow water, even in freshwater rivers and very close to people, at which time the incidents occur, when they confuse their food with humans.
Besides not trying to touch them (only the guides are authorized), you should know that humans are not part of your diet.

In the world almost one hundred million sharks disappear a year, because their meat and fins are sold as exotic food; “We are a danger to them and not them to us”, explains the expert. In addition, attempting against the shark is doing so against the balance of the entire marine ecosystem.

The idea of ​​these dives was born with the purpose of making known to the tourist that the bull shark only attacks if it feels threatened or if it is provoked, but nowadays it is even protected.

So, in addition to diving with them, you will get more knowledge about this misunderstood species and, above all, you will know that it is not about the aggressive beings that Hollywood movies were responsible for making us believe.

The post Living with the Bull Shark in the Mexican Caribbean appeared first on Phantom Divers.