Dizziness prevention can save your day.

Dizziness is a condition that individuals can experience when they are on a mobile platform. It is a general feeling of illness, dizziness, nausea and vomiting. It is also known as motion sickness. Passive movements disturb the movement of fluids within our body and the sense of balance. The sensation is exaggerated, when the brain receives contradictory messages between the senses and the muscles. The film can occur when traveling on a ship, plane, train, bus or car. Some people are more sensitive than others, but if children experience. 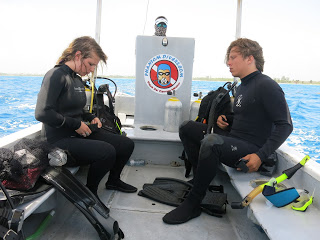 Symptoms of movement sickness include dizziness, sweating, nausea, vomiting and a general feeling of discomfort or illness. Symptoms can occur suddenly and progress with cold sweats, dizziness and vomiting. Motion sickness is more common in women and children 2-12 years of age. People who suffer from migraines are also more prone to dizziness. The motion sickness lasts while the movement lasts. Once the movement stops, the symptoms disappear quickly. Some people feel “sea legs” after a long stay at sea.

If you know you have movement sickness or you might be prone to it, keep these tips in mind:

-In a boat: Stay on deck and watch the horizon. Avoid inhalation of exhaust gases.
-In a car: Sit in the front seat. If you are the passenger, look at the landscape in the distance.
-Do not read in moving vehicles. Reading makes movement sickness worse.
-Avoid heavy meals before diving.
-Beep plenty of water.
-Avoid alcohol the night before traveling.
-If possible, stand up. Sitting or lying down can make you feel worse.
– Eat dry crackers to help resolve the upset stomach.
-Avoid others who are already nauseous and dizzy. 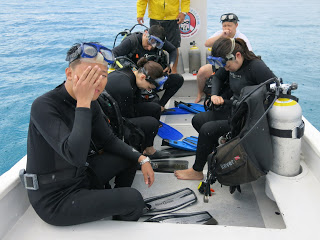 Motion sickness can be treated with general and prescription medications.

General products: Antihistamines are commonly used both to prevent and treat motion sickness. A side effect of antihistamines is drowsiness, which is exaggerated when alcohol is consumed. Drowsiness can negatively affect the safety of the diver.

The scopolamine skin patch (Transderm Scop) is a popular option. The patch is applied to the skin area behind the ear at least eight hours before exposure and can help prevent dizziness by up to three days per patch. Scopolamine can cause dry mouth, blurred vision, drowsiness, and dizziness. Patients with glaucoma, enlarged prostate and some other health problems should not use this medication. Be sure to tell your doctor about your existing health problems to help determine which medication is right for you.

Alternative remedies: Several alternative remedies have been promoted as being useful in relieving or preventing motion sickness. In most cases, it is not as effective. However, if you have mild symptoms, you can treat with ginger or mint; They are products to relieve your symptoms without running the risk of side effects.