Discover the characteristics of the jellyfish

HomeBlogUncategorizedDiscover the characteristics of the jellyfish
Posted 5 October, 2012

Discover the characteristics of the jellyfish

While diving in Playa del Carmen it is very easy to find jellyfish or aguamalas. Jellyfish are invertebrate animals and belong to the group called cnidarians. Your body is almost transparent and are formed by 95% water! The three main parts of a jellyfish are the umbrela that has the shape of a duomo, the buccal arms which are structures that surround the mouth and finally the tentacles; which surround the umbrela. the jellyfish or aguamalas to disperse all their body is rhythmically conttrae takes water, which is introduced into its gastrovascular cavity and expelled, using it as a propellant. 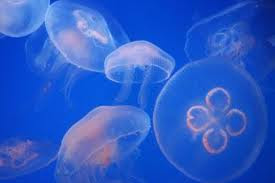 Within its most characteristic sensory organs are the stetosistos which inform you about the orientation of your body and photoreceptor cells located at the base of the tentacles; which respond to mechanical and chemical stimuli! 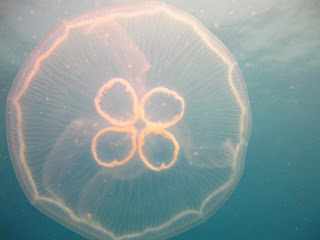 Its defensive system which has allowed the jellyfish to live for at least 6,000 million years is composed of nematocysts which are inside capsules that are full of toxins and submerged in this liquid there is a hollow filament wound in a spiral; which when stimulated physically or chemically desarool inside it a great force under pressure to project its filament and crosses or entangles its prey with an additional charge of poison which can cause paraliss or death. 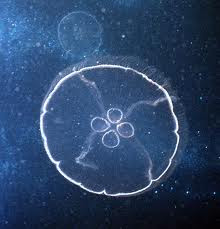 Saltwater Forums
The lion-mane jellyfish, the largest (Cyanea capillata) has tentacles that can be longer than a blue whale.

The post Discover the characteristics of the jellyfish appeared first on Phantom Divers.