Day of the Sea Turtle with Phantom Divers!

HomeBlogUncategorizedDay of the Sea Turtle with Phantom Divers!
Posted 24 May, 2012

Day of the Sea Turtle with Phantom Divers!

What diver does not like to see the turtles on a beautiful reef and observe them swimming and eating peacefully? The best place to enjoy these beautiful creatures is here in Playa del Carmen instead called Tortuga reef or translated in English as “Turtles Reef”, which is located only 15 minutes from Phantom Divers. This reef is constantly visited by sea turtles, mainly of the Carey (imbricata) type. 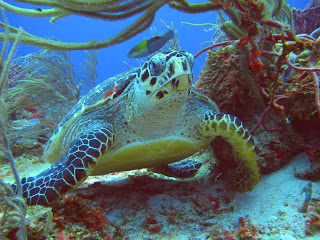 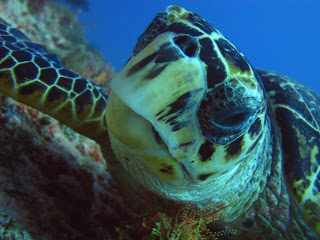 And not only turtles can be seen in the reef “Tortugas” since the Riviera Maya is visited every year, between the months of May and October, by two endangered species: the Cahuama turtle (Caretta caretta) and the green turtle (Chelonia mydas), which can also be seen occasionally during dives in the Playa del Carmen area. 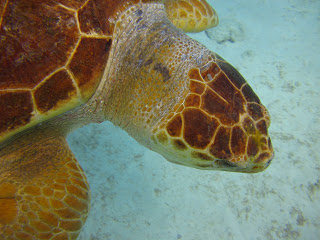 The turtles come year after year to build their nests and leave more than 150 soft eggs on the beaches of Quintana Roo. Turtles can spawn their eggs many times during a season. After 2 months of incubation, the young turtles break their eggs and head towards the sea instinctively, using moonlight to navigate. On their way the turtles have to face attacks from various predators such as birds, crabs and fish. Only 1 to 2% of baby turtles reach maturity. 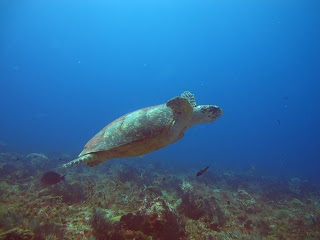 Sea turtles are the most ancestral creatures on earth and unfortunately in danger of extinction and threatened internationally. 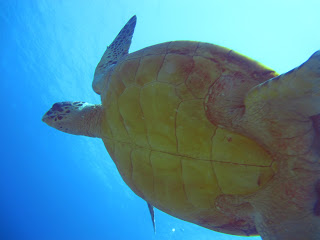 Please respect the turtles here in the Riviera Maya as well as in any other place on earth in this way you will be lucky to see them.

Do not touch the turtles while you enjoy them! 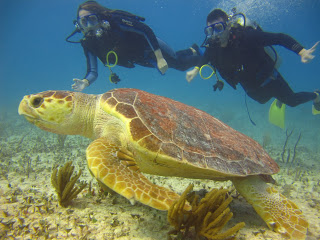 let us show you these incredible creatures and much more in your dives in Playa del Carmen.